'Summer Flowers' is the name of the next pumflet edition by Wolff Architects and specially commissioned by the Chicago Architecture Biennial 2019. It refers to the work of the writer Bessie Head and gets its name from the initial title of her novel, A Question of Power. The project extends Head's legacy as a novelist, letter writer and essayist into the realm of spatial practice by looking at her contribution into architecture and agriculture. In 1969 she co-designed and built her own house in Serowe, which is now a Botswana national heritage site thanks to its nomination as such by the Bessie Head Heritage Trust. She was able to construct the house with proceeds from her first novel, When Rain Clouds Gather. During this time, she was able, also, to participate in the construction of Serowe's first public garden as part of the Boiteko Farming Brigades. During the day Bessie worked in the garden with fellow brigade members and during the night she worked on her writing, according to Tom Holzinger, Bessie's friend.

The image we would like to construct with the latest pumflet publication is this: during the time that Bessie Head was working as a productive gardener and as a writer in Botswana, urban areas in South Africa, her country of origin, were undergoing the brutality of forced removals and destructions of neighbourhoods. Events that are seen as continuations of the 1913 Land Act, and the implementation of the apartheid Group Areas Act. Bessie Head studied the work of Sol Plaatje, corresponded with Robert Sobukwe and wrote that her work is  'mainly concerned with the manner in which the people lost their land'. Summer Flowers is concerned with how her writing and her spatial practice sits with the legacies of the loss of land and people's dignity in South Africa at the time.

We invite you to join the discussion and participate in the process towards the exhibition by bringing a plant from the specially collated catalogue, [which can be downloaded here] selected based on imagery from Head’s archive and works.

This public discussion and exhibition forms one of several parts that builds towards a cumulative and progressional Summer Flowers project, of which there will be an iteration at the 2019 Chicago Architecture Biennial in September. 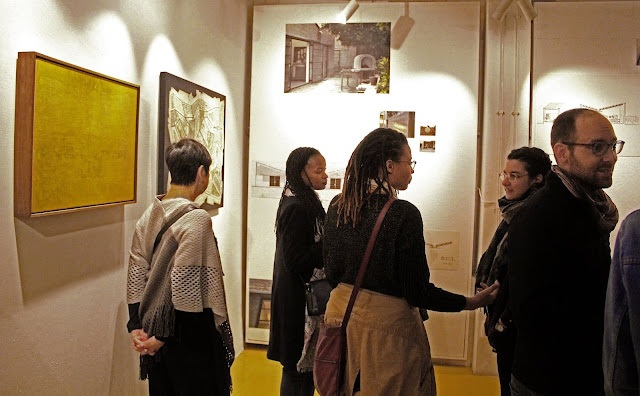 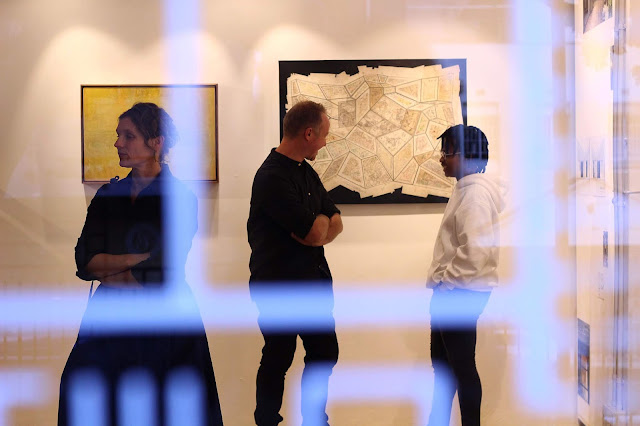 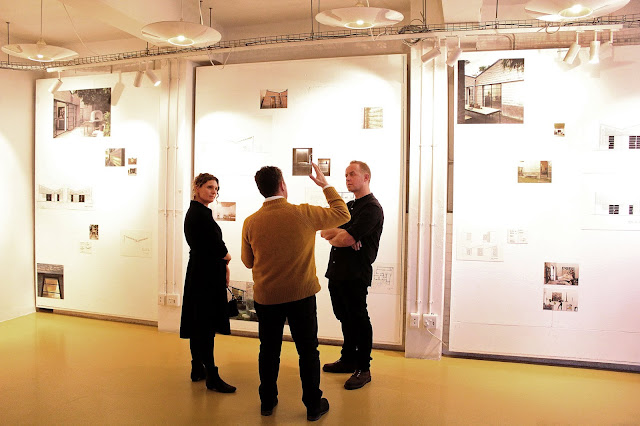 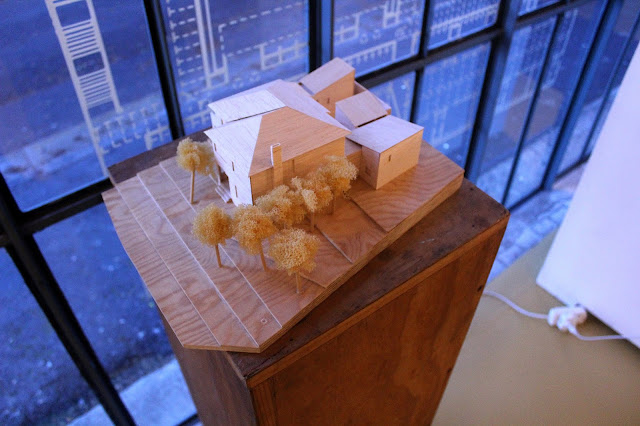 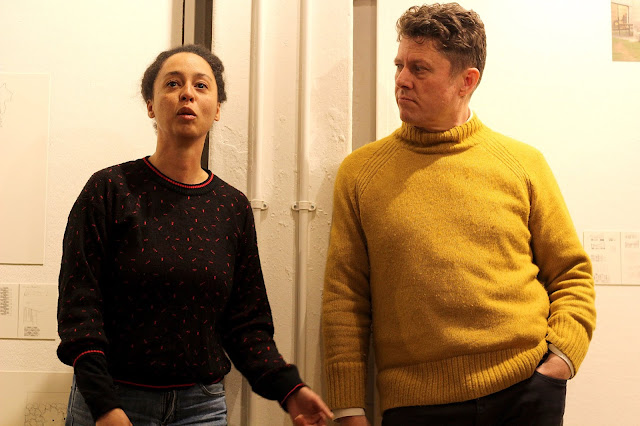 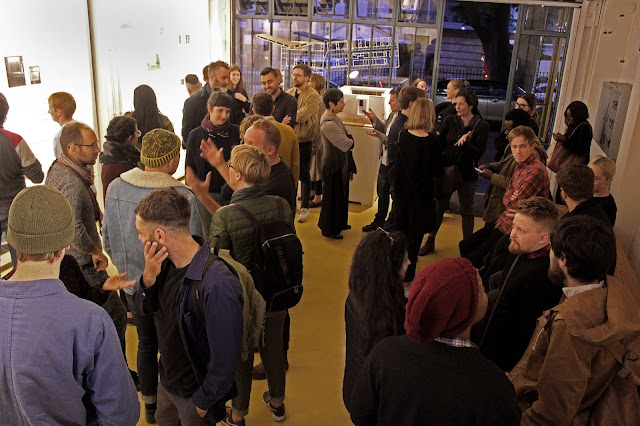 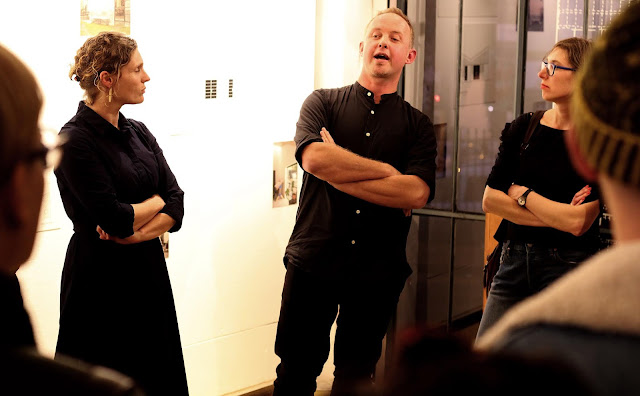 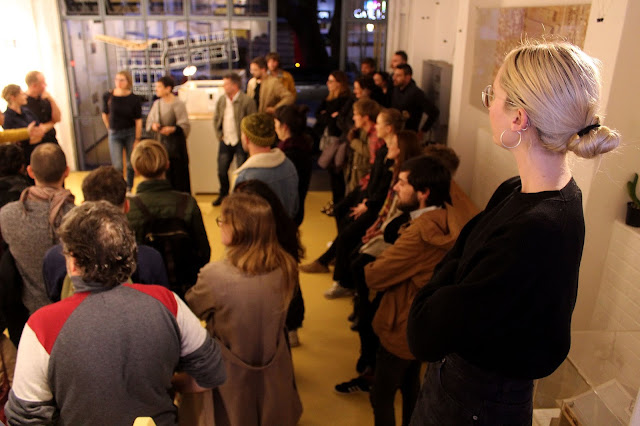 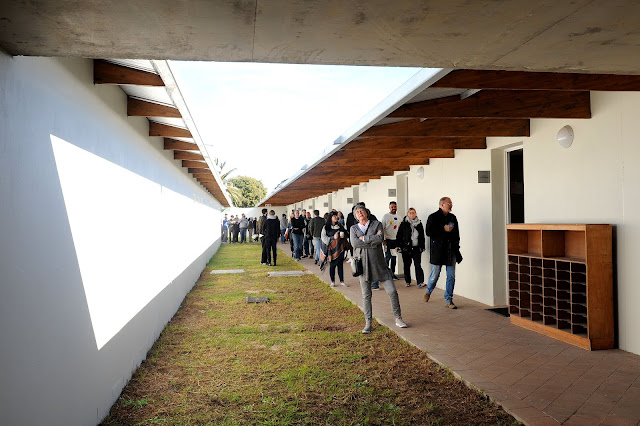 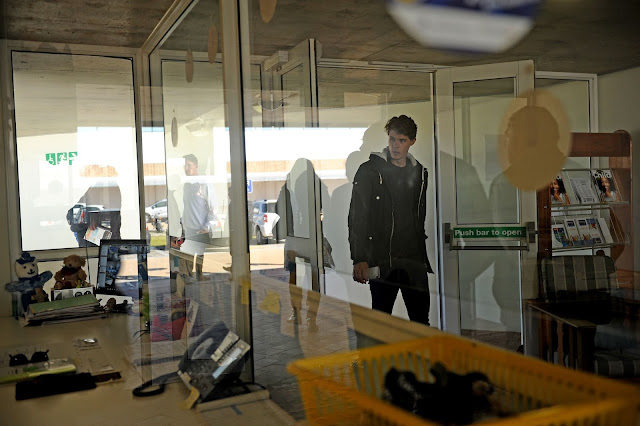 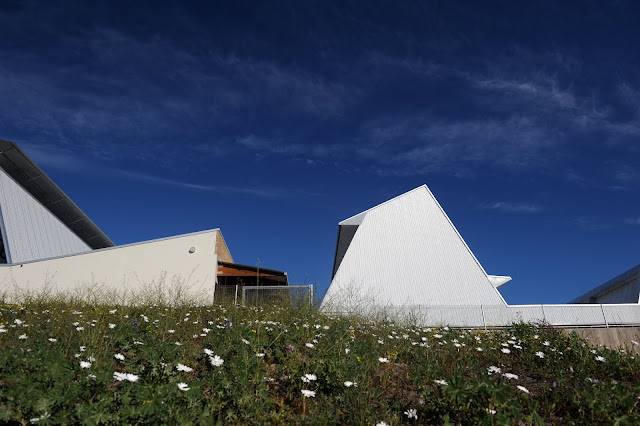 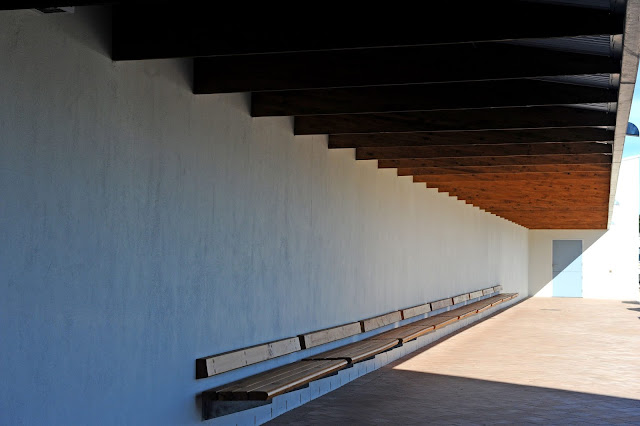 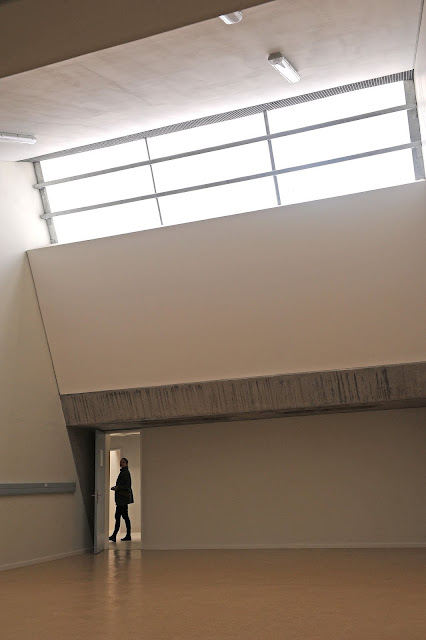 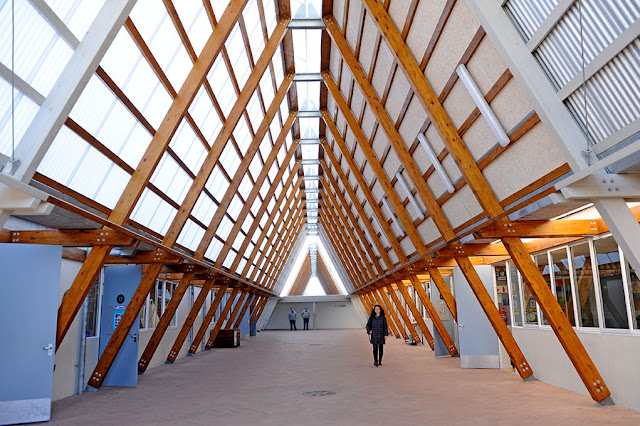 In the twenty first century many will argue that  W.E.B's  quote is still  very much relevant ,others may say it is all in the past and will/ not happen in the future.Must we let go of bygones already, does the past not affect our present day realities? Is closure the only way we can move forward?

Pumflet Luxurama was commissioned by The Institute for Creative Arts (ICA) as part of the  Live Art Festival 2018 . ''This interdisciplinary festival is designed to challenge and extend the public's experience of live art ,in a non-commercial environment and make accessible the work of visual and performing artists who explore new forms, confront audiences and experiment with perceptions".

To help on the journey of creation/closure we asked ourselves these questions;
could one hold a funeral for a building? And if one could, what would it look like? What would it sound like? 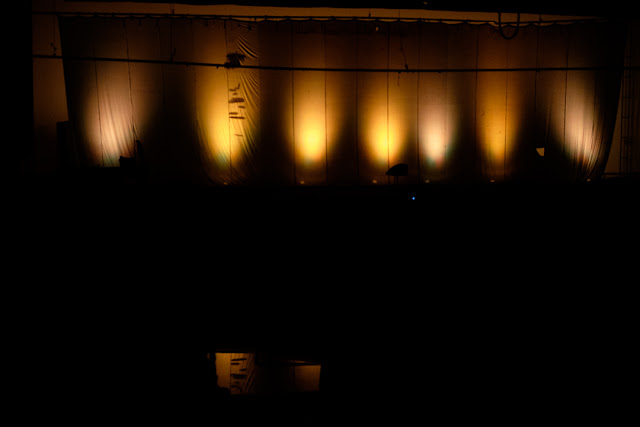 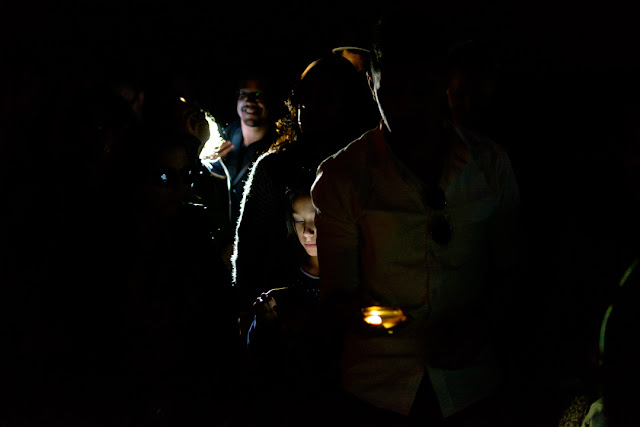 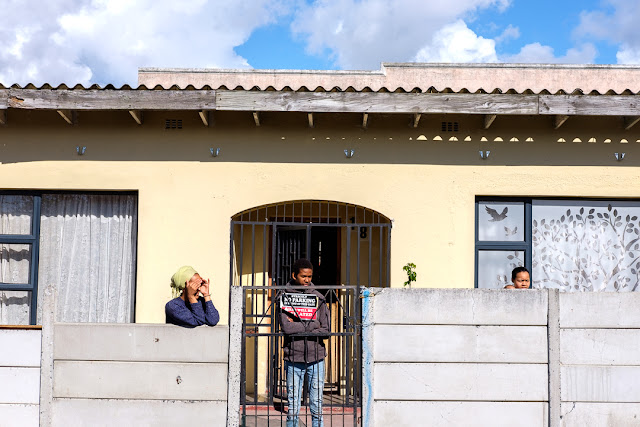 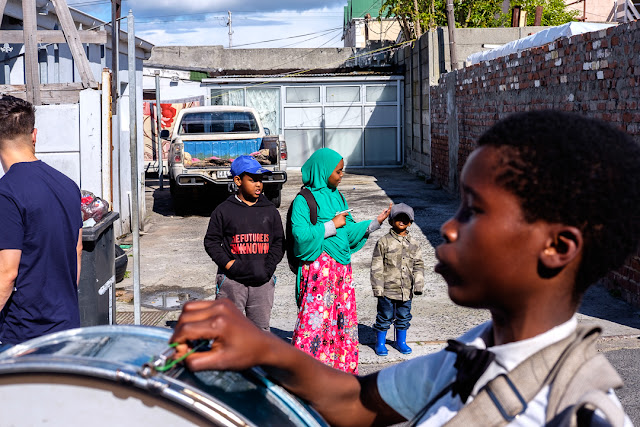 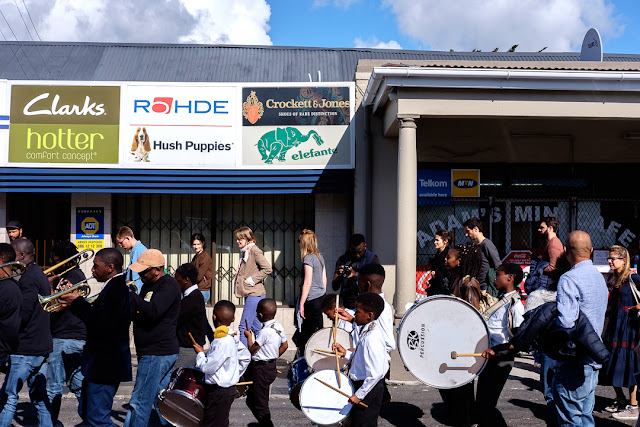 The procession down Park road with audiences walking along with it.
Image:Barry Christianson 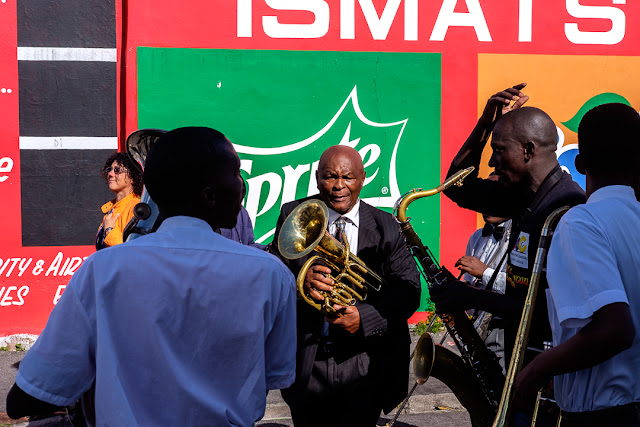 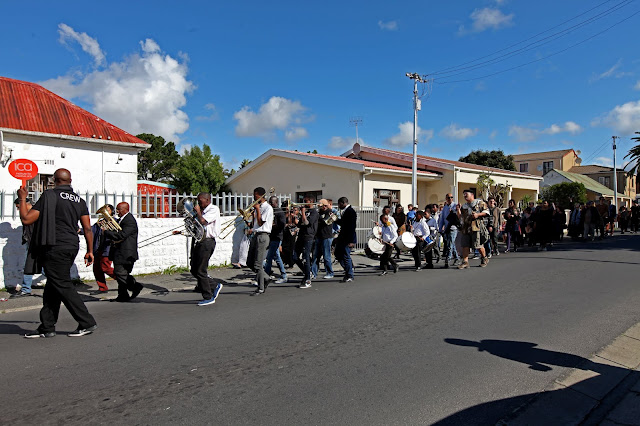 The procession leading to Cosy corner for the after tears convening.
Image:Xolani Tulumani


After the tour, we were led down Park Road by a funeral procession band made up of musicians from the Winston Mankunku Jazz Foundation led by Thulisile Ngozi, the brother of Winston Mankuku, who started this foundation in honour of Winston, and since Yakhal’inkomo debuted in 1968 at the Lux, it made sense for Mankunku to be present at the funeral of the theatre building, through his music. The Ngozi family were themselves victims of forced removals, having been moved from Retreat to Gugulethu in the early 70s. 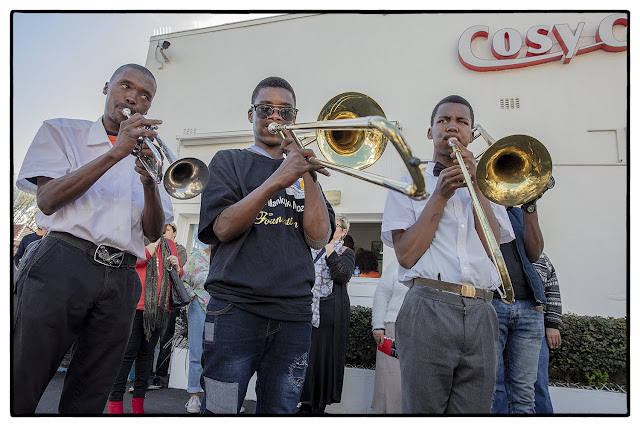 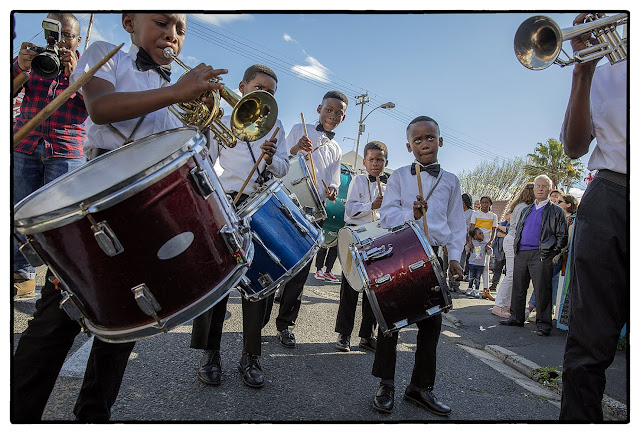 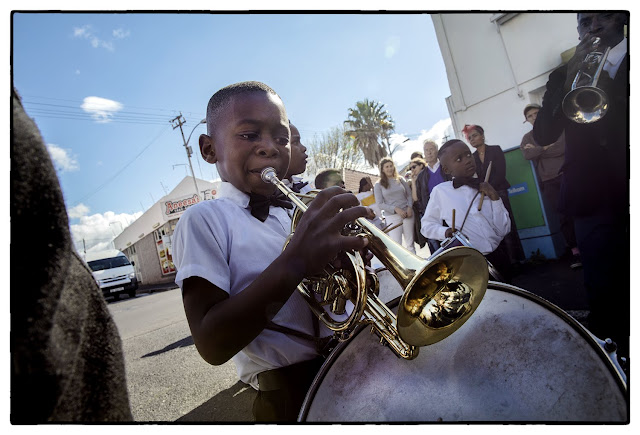 Both the Winston Mankunku Jazz Foundation and the Themba Ngwenya Brass band are based in Gugulethu and open to people of all ages to learn an instrument.
Images:Paul Grendon

As with all funerals, we convened for tea, chatter and samoosas at Cosy Corner Take Aways at the end of Park Road, where the procession ended with a performance of Yakhal’inkomo, arranged specially by Thulisile. 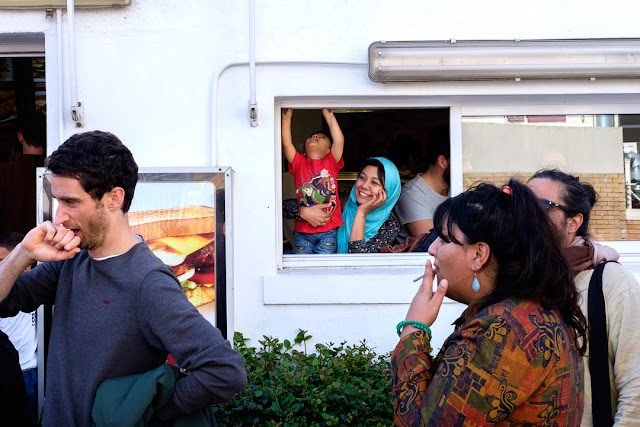 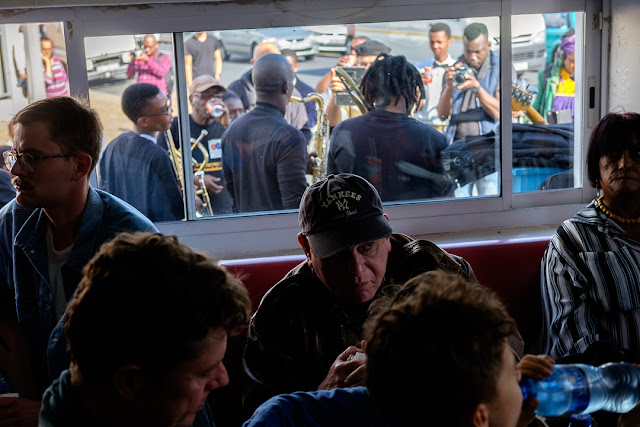 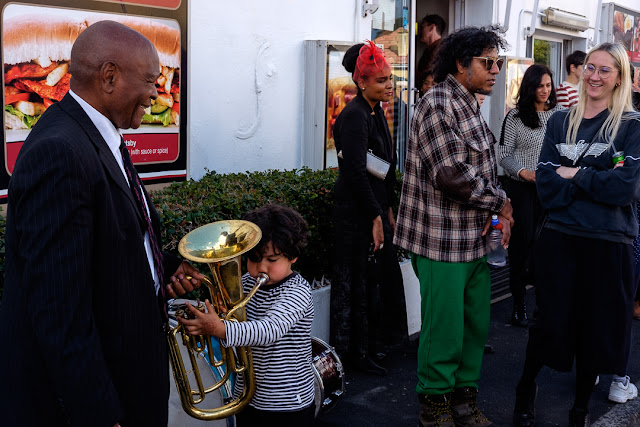 The  After tears convening at Cosy Corner.
Images:Barry Christianson


The response was phenomenal 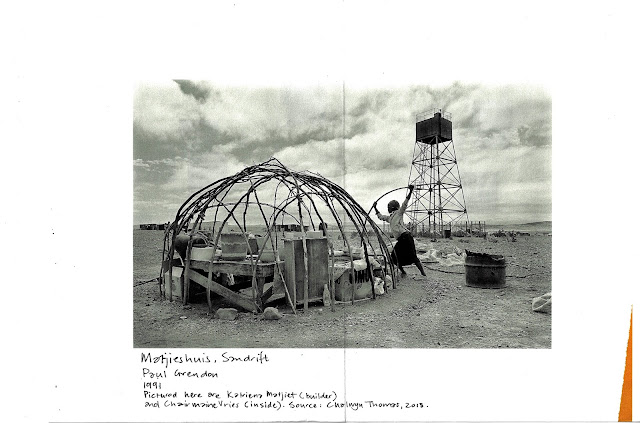