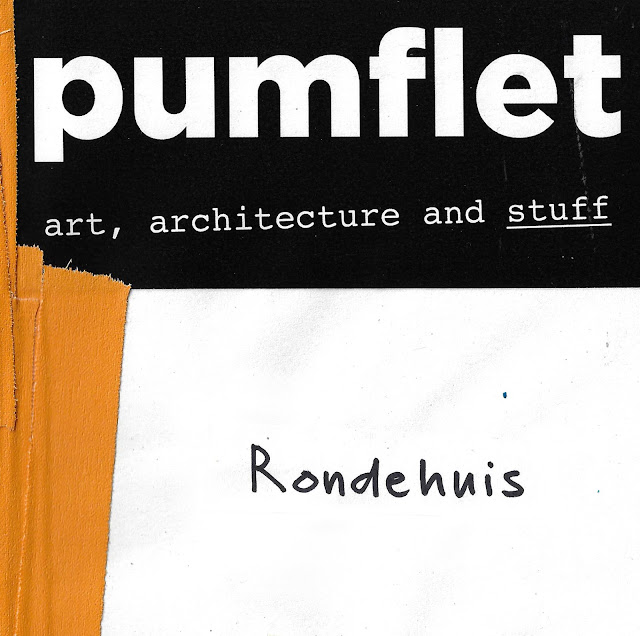 Dear members of the public
Towards the middle of 2017, Wolff Architects submitted a concept proposal for the Venice Architecture Biennale 2018. Our submission formed part of a formal tender process to the Department of Arts and Culture. To date we have not heard anything from the DAC on whether our proposal has been successful or unsuccessful. We learnt from a City Press article, that the DAC had decided not to award any tender and that the South African Pavilion in Venice, for which the South African public pays taxes towards its maintenance, would be standing empty for 2018.

Dissatisfied with the lack of engagement and care, we have decided to host an open call and exhibition at our office, 136 Buitengracht Street, Cape Town on 17 May 2018, a few days before the official opening of the Architecture Biennale in Venice.

Our Venice 2018 proposal, in short, proposed commissioning photographers to submit an image of an oppressive space, psychologically or spatially, with the idea that their images would be printed out in extreme miniature (2cm x 2cm) the size of an instagram thumbnail. Upon entering the pavilion it would appear that there is nothing on the walls - you would notice the diminutive captures only upon closer inspection. In contrast, the space at the end of the room would be occupied by a specially chosen image that would ask the audience to imagine alternatives.

submission guidelines:
1. All submissions to be emailed to venice2018@wolffarchitects.co.za
2. The submission deadline is Monday 30 April 2018 at 12pm.
3. Submissions to include the name, email address and contact number of applicant.
4.Submission to include a one sentence caption that locates and names the building or space in the photograph [we just want to know what it is and where it is].
5. The exhibited photographs will be printed very small [around 2cm x 2cm].
6.A selection of images will be displayed at the exhibition. Photographers will be notified by email.

For the Venice Architecture Biennale 2018 we propose an intervention in the form of a specially conceived edition of ‘pumflet, art, architecture and stuff’: rondehuis

pumflet: art, architecture and stuff is a publication series exploring the social imagination, stories of neighbourhoods and reflecting on histories of the present. pumflet’s aim is to publicise research-in-process and to conceive of interventions in space and public culture based on research. It is a collection of conceptual art interventions and a collection of correspondence art practices. pumflet, then, is in a way a continued digging and reflecting on the imagination of the collective, with ideas around restoring some ‘deleted scenes’, consequences of forced removals, hyper capitalist urban development and the impacts of state power of the land and the landless.

For pumflet:rondehuis we react to the theme ‘Freespace’ as set by the curators Yvonne Farrell and Shelley McNamara (Grafton Architects). Two points within the curatorial statement resonates with the spirit of the proposed pumflet intervention:

The first statement is ‘We are interested in going beyond the visual, emphasizing the role of architecture in the choreography of daily life.’

We imagine occupying the SA pavilion with what appears to be nothing upon entering the space. At the end of the room would be a subtle but effective signal that draws the viewer into another space. The confrontation with the empty room would at first disorient the viewer, unsettling the visual sense as the expectation for something to look at is utterly disturbed. The viewer will be drawn to the empty walls, lit softly but consistently. Once closer to the walls the viewers would notice a selection of minute images placed at a considerable distance apart from each other. The viewer would walk through the room not necessarily finding other images but stumbling upon some images by chance. The size of the images would be 2cm by 2cm square format prints - the size of an instagram pic. The images would be commissioned photos by South African architects and photographers with the brief that the buildings that they represent in the image should be an example of an oppressive space, psychologically or experientially. The miniaturisation of oppressive spaces confronts one with the reality of the impact of these buildings whilst resisting the trap of glorification that large scale print-out does.

In contrast, the space at the end of the room would be occupied by a specially chosen image that would ask the audience to imagine alternatives.

The pumflet would be available to read in the space and copies would form part of the design and setting of the space. Below is the transcript of the radio interview as broadcasted in July 2017 by Nama FM radio and hosted by Chalwyn Thomas for ‘Voetpaaie met Chalwyn’:

The Rightersveld is visited annually by thousands of tourists to experience the natural landscape. But not only this, but also to learn more about the Nama culture. The question is how well do you know your environment and culture? Are you proud to be a Rightersvelder or not? Yes, and then many tourists see our landscape and surroundings from a different point of view. And if we see tourists who are wandering around the field and taking pictures, we think: What do people take here on the bare plains? I do not see anything. I recently posted a picture of a a woman was renovating a round house on my facebook page: Footprints with Chalwyn, which I collected from Ilze Wolff's facbook profile. This is a picture taken in Sandrift in 1991 and that's how she analyzed the photo. I contacted her and asked what is so unique about this picture and why did you put it on your facebook profile? Ilze Wolff and I have been friends for a year now and I had the opportunity to tour with her last year. It was a short tour of the Steinkopf area and so few days back I came across the picture and talked a bit to her about the picture and how she saw the picture. Why do you like it so much? Does the photo tell a story for you? And that was her response to me regarding this photo:

Hi Chalwyn this is Ilze Wolff here phoning in from Cape Town. I am very interested in the Namakwaland. You might have noticed my profile picture on facebook is a picture of a woman building a matjieshuis in the Richterveld. It’s a photograph taken by Paul Grendon in 1991. Now, that photograph has become a kind of a mantra for me. I’ve got it up on my wall in my studio and I’ve got it as my facebook profile picture and it really is part of the way I think about culture and the way I think about architectural culture in South Africa. The woman in the photograph is building a house but what stands out for me in that picture is that instead of building the house like we would normally do by first building the walls, inserting the windows, putting on the roof, and then afterwards moving in with your furniture and all your worldly belongings, this woman is building around her worldly belongings. She’s building around her resources with the resources available to her. I find this a fascinating way of making architecture because it is a way of thinking about how do we imaging space in a new way. How we imagine architectural space, how we inhabit space. I think that in a way it is an example of how we should be building, how we should be occupying architectural spaces. Rather than imagining spaces as this neutral and kind of empty space we first should imagine our resources that we have at our disposal, the belongings that we bring and how we would inhabit and then build around that. Not the other way round as we usually do.

The other thing that I find compelling about this image is that she’s building with strength, and she is building with creativity. You’ll notice in that photograph that she is in a kind of a very intent pose, you know she’s, you know her body language is all about “I’m doing this’, you know? And the photographer, Paul Grendon has framed this image in a very particular way by foregrounding her house with her belongings inside that, behind that is her building the house by first bending one of the reeds or the structures that she will be building the matjieshuis, and beyond that you see the infrastructure: the water tower, the kind of modern technology and the composition is very beautiful for me - how this whole thing sits within the landscape.

I just had a chat with you today and you said that this photograph is taken in Sandrift  and you basically recognised the landscape from that and I think the next step for me would be to think about having a conversation with that woman if she is still alive and she is still able to chat about the design of that structure because I think for me architecture, working as an architect we often think architects are a particular kind of person, particular kind of body, mainly male, mainly white and we don’t think that architecture and creative space making could come from the very people around us. I have this picture up on my studio wall and on my online profile as a kind of a homage to her and I think that I would really like to meet her and have a conversation with her so maybe that’s a challenge to you to help me find this woman.

Finally I think I would just like to thank you for doing what you are doing. For pointing out our heritage and our cultural landscape in a way that we validate it properly. That we take note of it, that we acknowledge it. I’m just always fascinated by the kind of architectural space that we make, that indigenous people, that people from South Africa have made that have often been neglected in scholarly circles in a kind of thinking around modernist space. Now this  photograph is, incidentally, taken in 1991 which is 25 years ago and I would really like to frame this project, this photograph, as a modernist project as a contemporary architecture as a building of our time. And we often get confronted with the idea that this kind of architecture is of another time, of an older time and I want to resist that narrative. So.. ja I mean that is my take on the project that you are doing and I think you are doing a much more broader project that I am doing. Your project encompasses so much more than a focus on architectural space. You are thinking about the natural landscape, you are thinking about the kind of social histories, the family histories - I am just getting this from the tour that you led us on during our visit to Steinkopf almost a year ago to the date (last year). Thank you very much for that, by the way. And just from that tour, from the feedback that I got from the small group of people was with us I got an understanding that not only is there a love for this landscape but there is a deep understanding and a deep appreciation and a deep sense of spreading that passion for this particular world. So I’m here, I’m with you on that and I just wanted to share with you my take on it, my small take on it, linking it to this photograph of the woman constructing the matjieshuis, taken by Paul Grendon. Thank you very much for inviting me to share my views and I hope we can talk more.

Thank you and bye bye!